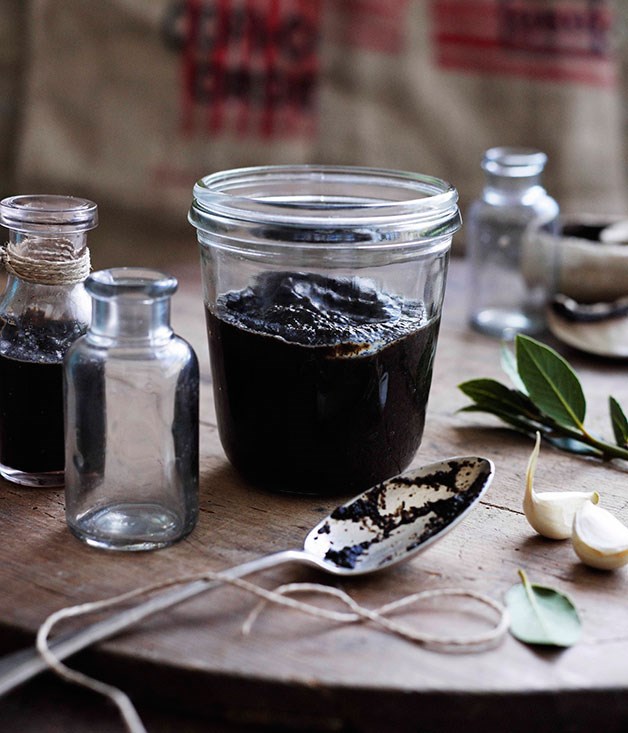 Mushroom ketchup is an old English favourite, though not often seen in the shops today.
Here is an original recipe, from 1728.

‘Take a stew pan of the large flat mushrooms; set it on a slow fire, with a handful of salt; they will make a great deal of Liquor, which you must strain, and put to it a quarter of a pound of shallots, two cloves of Garlick, some Pepper, Ginger, Mace and a bay-leaf; boil and scum it very well; when ‘tis quite cold, bottle, and stop it very close.’

I can’t do better than this, except to say that the bottle should be sterilised, either by heating in a low oven or using a sterilising solution. The mushrooms that the author, Kettilby, would have used in the 18th century would have been Horse Mushrooms, (Agaricus arvensis), as this recipe dates from before the days of cultivated mushrooms, but you could use Field Mushrooms (Agaricus campestris) or Portobello Mushrooms. Try it on your full English, or add it to stews or casseroles.